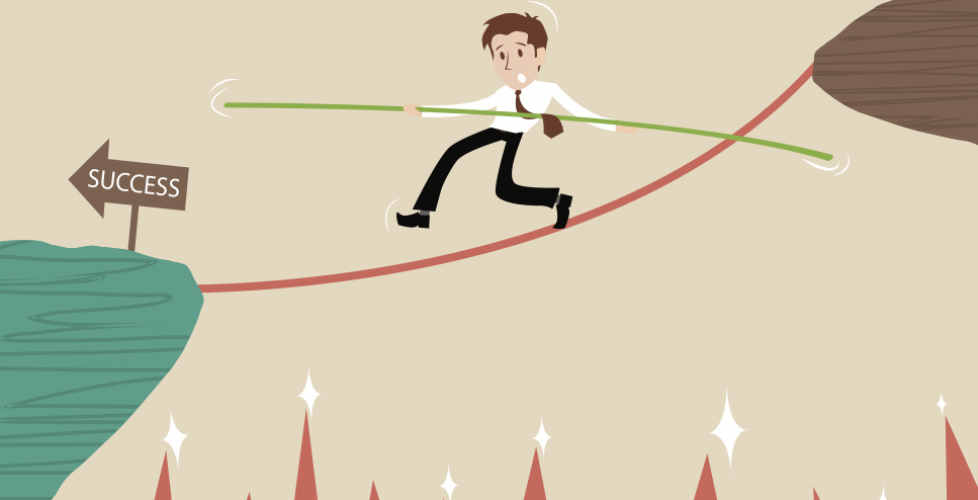 What price Reputation? Lessons from VW and Turing Pharma

September provided a windfall of reputation-bruising stories, with soft drinks and pharmaceuticals in the headlines thanks to the actions of Volkswagen, and Turing Pharmaceuticals, all of which had serious implications for health and environment around the world. This blog looks at the subject of crisis management, a key area of ROAD's expertise in healthcare communications.

When we're young children with our exquisitely plastic brains, we learn fast that being devious when playing a board game, or crafty when dealing out sweets, makes us few friends and can even ruin friendships for good. Also, that once someone is branded a liar or cheat, the label can stick for a long time.

We also learn that nobody likes a bragger, and about the importance of saying 'sorry' when we're found to be wrong. This latter skill is particularly hard-learned, perhaps because pride is so crucial to our survival as confident human beings. Yet, what a difference this little s-word makes in today's consumer world, where customer is king, and a whiff of scandal can spread like wildfire. Thanks to the long lens of the media, and social media interaction, it's with some regularity that today's companies (and the people running them) seem to forget those lessons from early life.

Often, a crisis is put down to the 'silo effect' - endemic in many large organisations - whereby the left hand doesn't know what the right is doing. The silo effect was cited as a key contributor to the global financial crisis, and has been held responsible for several major disasters involving, for instance, the Bank of England, Cleveland Hospital Ohio, SONY, Microsoft, UBS and JP Morgan. Silos were discussed recently by a panel that included financial journalist-turned author, Gilian Tett, on BBC Radio 4. So often, we find a failure to communicate or to 'disclose' at the crux of a crisis.

Eyes on the Prize, but not on the Horizon?

Key to preparedness and reactive strategy is the an organisation's understanding of and relationships with key stakeholders.Planning ahead for a variety of crisis scenarios is of course good practice. But no crisis will ever roll out as expected, and the ability to adapt, communicate, learn and wage on are crucial. This is of course best done not in 'flight or fight' mode, but with a cool head and clear protocol. It is also imperative to know who all your stakeholders are as an organisation, and what each of those groups will want to know and hear if any given crisis does arise.

New Scientist writer, Dan Jones, must have smiled wryly at the timing of his article, When Right is Wrong: How modern living messes up our moral compass which was published just as the world witnessed some priceless examples of companies failing to heed those basic childhood lessons. Volkswagen, the traditionally revered and trusted motoring brand, had fallen foul of the 'deviancy lesson' by cheating emissions tests. In the aftermath, VW's leaders have claimed they weren't responsible for the 'rogue' elements in the software engineering department, but anyone on the outside knows they were ultimately responsible as the company's leaders. Regardless of who is to blame, the damage has spread globally, and like a thick and sticky slick of oil, it will linger for years. It remains to be seen whether VW rivals have been up to the same dirty tricks in such a highly competitive market. In the meantime, law suits pile up thick and fast from various stakeholders involved, as the company no doubt repeats the phrase, 'corporate governance' over and over.

The power of The Grey Lady

In our Communications Age, aggressive tactics and personalities are seen as outdated. Yet, the concept of 'who cares wins' over 'who dares wins' is still being learnt the hard way in certain quarters. Whilst the chest beating traits of Leonardo di Caprio's Wolf Of Wall Street character still loom large in certain sectors, they are largely ridiculed outside the pack. PR Week refers to'The Gray Lady' as the most important 'newspaper' of them all, when it comes to judging a reputation.

Without dropping a stitch, she condemned in full Martin Shkreli, founder and CEO of Turing Pharmaceuticals, for deciding to increase by 5000% the price of Daraprim - one of the only drugs available to treats toxoplasmosis, a parasitic disease affecting patients with impaired immune systems. The media were quick to dub him 'The most hated man in the US' almost as soon as he'd started to glow on their radar as an 'evil profiteer making millions from some of the sickest in society by generating a monopoly' so all guns were blazing for him.

People's immediate health was at stake, yet the 35 year old ex-hedge fund manager attempted to justify purely the price hike purely in market economics terms. To our eyes as communications experts, it would appear either that advice was not sought at all, or that any good advice was brushed aside. And we needn't look far for examples whereby 'rule by aggression or fear' leads to a distinct failure in reputation management during a crisis. Afterall, the essence of good crisis management is consensus, and that means listening. Instead, Shkreli took up his own mic, using to the public and personal forum of Twitter to respond by insulting journalists, and borrowing expletive-spattered lyrics from Eminem in the process. 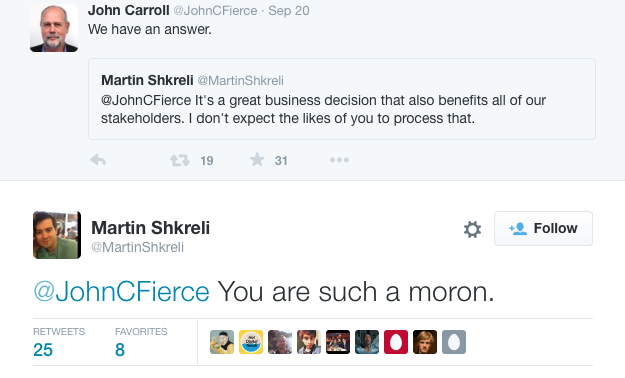 Although Shkreli defended his decisions in more detail on television via CNBC and Bloomberg interviews, much of the damage had been done. Any good communications professional would urge firms such as Turing to 'stay ahead of the story', but poor old Martin was on the back foot from the off. The net result of his decisions was to ruin his own reputation, plus that of his company, and provide a heaven-sent opportunity for politicians keen to win votes: Hilary Clinton promptly held him up as a bad example in her pledge to 'tackle profiteering of the pharmaceutical sector' helping further to wipe tens of billions of dollars off the biotech and pharmaceutical sector stocks.

As the eminent investor, Warren Buffett, once remarked, 'It takes 20 years to build a reputation and 5 minutes to ruin it. If you think about that you'll do things differently.'

At ROAD Communications we are proud to have supported healthcare companies at both the global and national levels through difficult situations which we've helped to make easier thanks to our objective, calm and experienced approach. Effective communications at such times can mean the difference between surviving and reviving, or going under.