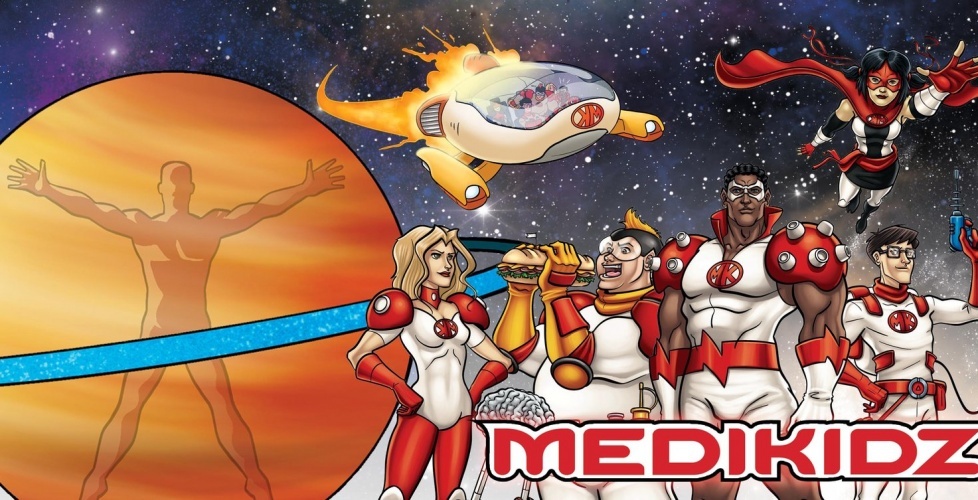 Patient Education: An Opportunity for All

How should a GP, nurse or indeed, a parent, explain to a newly diagnosed child that they are going to need to have radiotherapy? And that their treatment will mean having a moulded metal mask made for their head, and staying very still whilst they undergo radiotherapy? What is the best way of explaining a condition such as epilepsy to a child? How should breast cancer or a stroke in a parent or grandparent be explained? Providing answers to the above takes expertise, and our client, Medikidz, is helping to provide it.

Describing itself as 'the world's first medical education company for children', Medikidz was founded by two doctors from New Zealand who were frustrated by the lack of materials written specifically for children, so they joined forces to create their 'Marvel comic meets medicine' concept. Medikidz has published 70 comic books and other materials covering a wide range of conditions - from Asthma to Hepatitis to Ulceritive Colitis. To date, over 3,000,000 titles have been distributed in various languages, but there remains a list of 300 treatment areas yet to cover!

Produced in partnership with pharmaceutical companies, patient groups and charities, all titles are written by doctors and peer reviewed. Each book features five superheroes who live on the planet Mediland, which is shaped like the human body. At the centre of each book is a child who is taken on an imaginary trip to learn what has gone wrong, and how the medics are trying to fix it.

Many books are based on real life case studies. Take Matteo, the star of soon-to-be-published title, Medikidz Explain ICU(intensive care unit). Hewas six years old when his mother, Julie, was unconscious for 3 weeks during treatment for pneumococcal pneumonia at an intensive care unit. Having no tailored information to guide him, Matteo's father admits to the difficulty in explaining what had gone wrong, and why Matteo's mother was away in hospital: "A nurse suggested I should bring him to see Julie, even though she was unconscious. He was so relieved to see her, he kissed her, and soon went off to play football, having been reassured. If the Medikidz book had been available at the time, it would have helped me have the courage to involve Matteo earlier. Thankfully, Julie's outcome was a good one."

In the words of Dr Adrian Raudaschi, Medikidz' Digital Director, who is also a practicing GP, "What I love most about working at Medikidz is making a meaningful difference to children's lives through education." For sure, this type of patient education for children provides a forward thinking approachanduses meaningful methods of communication. We think these qualities provide an opportunity for all involved in child health.