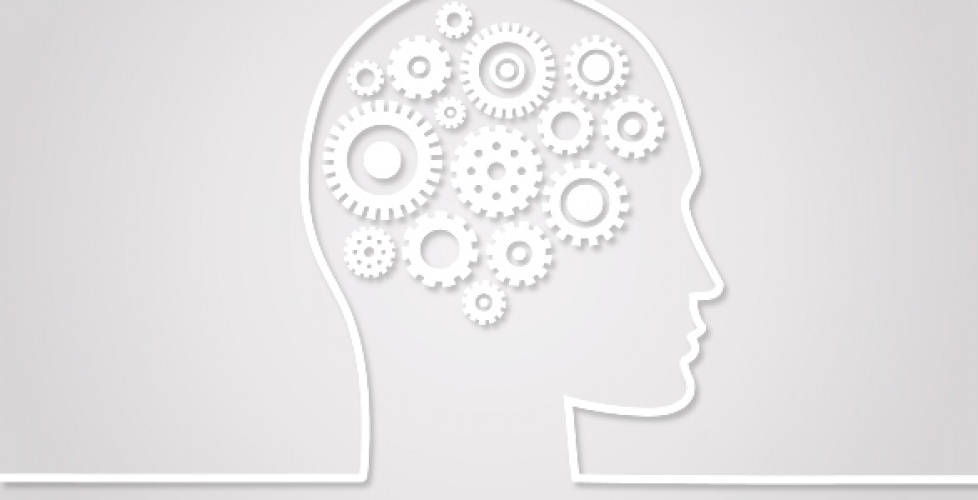 Measuring efficacy in healthcare communications: when does a nudge become a shove?

Dry January is over and New Year's resolutions have become a distant memory but people are now starting to give up chocolate for Lent. People have an interesting relationship with their health, and it seems like our good intentions are always competing with our willpower, or lack thereof. So why are our goals that we know will make us feel better and live longer, often so difficult to keep up?

Behavioural Insights, also known as nudge theory, has been in vogue for some time, especially when it comes to healthcare communications and responding to the current pressures. As Dan Berry from Department of Health explained last week at an event hosted by the CIPR1, behavioural insights are based on two mental processes that exist in decision making. The first is our cognitive capacity which controls decisions that are rational, well thought through and require conscious effort. Automatic decision making is much more common, resulting in choices that are quick, driven by impulse and habit. Concepts such as Reciprocity, Inter-temporal Change and Loss Aversion seek to explain how humans make quick judgements, their feelings about people's behaviour, and what communicators can do to encourage positive action. 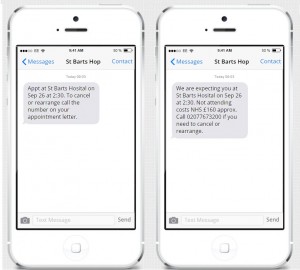 Campaigns designed using behavioural insights, and the marketers behind them, frame key messages in a way that will cause action that's more aligned with the cognitive capacity, but in a way that feels automatic. In the example from Hallsworth and Berry [right]2, re-framing the reminder text to highlight the financial impact and simplifying the action, resulted in a significant decrease in the number of no-show appointments. In short, it seeks to encourage the behaviour we would choose if we were consistently rational. It's a theory that gives a process for common sense through the mnemonic EAST; Easy, Attractive, Social and Timely, this is combined with three further ideas that make it attractive to healthcare providers; it's low cost, it's low burden and it's simple.

The pressure on resource, and the pressure for people to make smart choices, has never been greater and both patients and healthcare systems have already benefited from these types of campaigns demonstrated through Random Control Trials (RCT) - the gold standard of evaluation. Demonstrating value is a challenge for communications teams across the UK, and without it it's difficult to see whether well-intentioned campaigns are having the desired effects.

This week the Advertising Standards Authority has banned an advert used in a campaign to discourage people from attending A&E for anything other than life-threatening conditions [Left]3,4. It's been reported as having a "misleading and potentially harmful" message, despite the ambition to change patient behaviour and reduce the pressure on A&E departments still being high on the health agenda. If we look at the poster through a behavioural insights lens some problems do stand out; it's ambiguous - what should people class as 'life-threatening,'? It also doesn't provide an easy action; the URL means that there is an extra step between feeling like they shouldn't go to A&E and understanding what the preferable choice is.

But is this enough to deem it "misleading and potentially harmful," and to ultimately waste the thousands of pounds that it will have cost to implement the campaign? A spokesperson for Brent CCG said5, "Its [The ASA's] ruling is based on a single complaint out of a total patient population of nearly one million." Which begs the question, what did the other 999,999 people in the area think and how did it impact their behaviour? With a lack of evaluation in place we will never know whether this campaign would have negatively affected patient care, as the ASA suspected, or whether it would have seen A&E numbers drop safely.

When looking at the efficacy of a new innovation in surgery, or medical technology, or pharmaceuticals we have tangible data that allows us to see how it's having an impact. So why, when it comes to healthcare communications and influencing people's behaviour do we not have similar levels of data? At ROAD we know the importance of measuring, having key metrics in place and using digital tools to demonstrate outcomes and context. Behavioural insights can't work in isolation; they must be adapted for all different marketing channels and should be tracked for efficacy. As the EAST Report6 says, "some behavioural insights can have unintended consequences if misapplied," but the only way to ascertain this is through careful tracking.

Our job in the healthcare industry is to encourage positive behaviour to help people feel better and live longer. Helping people to make rational decisions is a challenge when FMCG companies are often pushing conflicting messages, but now that creative health campaigns can be carefully tracked and evaluated through the host of digital tools available, demonstrating value is more possible than ever.