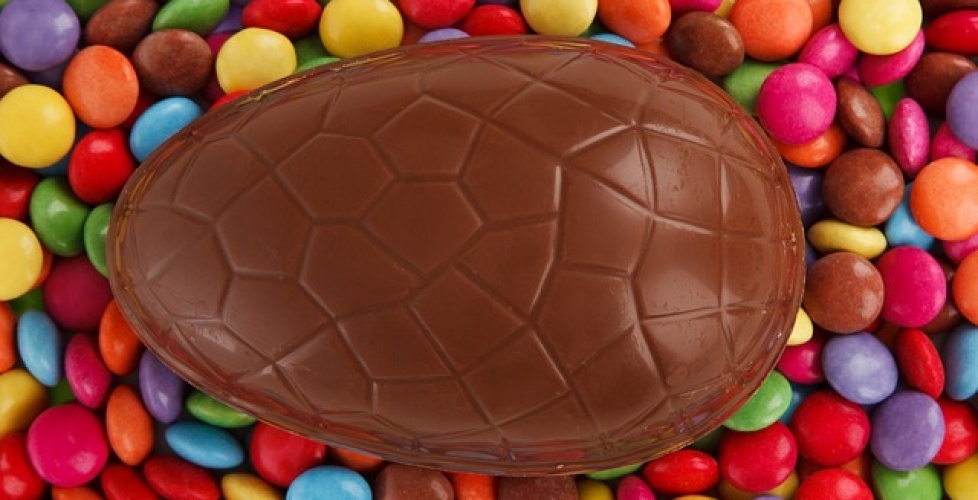 Is Childhood Obesity 'The New Norm'?

Easter Day in the idyllic Cotswolds village of Stanton is rather special. As birds tweet and lambs leap, the village pub, with its stunning view over the hills, hosts The Annual Egg Rolling Competition. Local children of all ages clutch their carefully painted hard-boiled eggs (whilst accompanying adults grip their pints) in anticipation of letting their egg roll down 30 metres of sharply sloping road and into the village proper. Even spectating dogs get excited, occasionally sabotaging the proceedings by guzzling the apparently irresistible balls-cum-treats. Prizes are awarded for each heat, and needless to say, they consist of a row of huge chocolate eggs by well-known brands all lined up for grabs, glinting in the [occasional] sunshine.

A NATION IN DENIAL?

So just as the chocolate fest that is Easter starts, it was sobering to hear this week's news on the subject of childhood obesity. A study which involved questioning the parents of 2,976 children in five [then] primary care trusts was published in the Journal of General Practice, and proved that, in short, we are a nation of parents in denial when it comes to obese children. 31% of parents questioned underestimated where their child's BMI was on the obesity scale. Only 4 parents described their child as being 'very overweight' despite 369 children being officially identified as such. The fact that fewer than 1% overestimated their child's weight status is indicative.

HAS OVERWEIGHT BECOME THE NEW 'NORM'?

Responding to the study's publication, Tam Fry, from the Child Growth Foundation, told the BBC: "To the obesity specialist it is incomprehensible that parents cannot tell if their children are overweight. You sometimes have to wonder if they are in total denial, but when you realise that even health professionals may often have difficulty in recognising obesity in their patients, the enormity of our obesity epidemic sinks in. The knock-on risk of extreme overweight to the individual's and country's health cannot be emphasised enough."

(Incidentally, last summer, NHS workers were told by its chief executive to slim down for the sake of their patients, and announced a series of initiatives to help them.)

But whatever the parents' reasoning, these findings aren't simply a case of poor judgement, but of failing to join up the dots: evidence suggests that parents who do recognise their child's weight status are more likely to perceive potential health risks. Why? Well, the experts involved suggested fear of being judged, unwillingness to label a child as overweight, and shifting perceptions of normal weight due to increases in body weight at the societal level. Significantly The Guardian noted that the parents questioned were more likely to underestimate their child's weight if they were black, South Asian, from more deprived backgrounds, or if the child was male.

The reasons behind this epidemic are complex, multi-factorial and extremely difficult to tackle. We only need to look at the USA - which led the way with the obesity epidemic - for proof. Parents' perceptions aside, a lot comes down to dietary 'norms'. One need only look at global maps of where fast food outlets are growing fastest to realise the knock-on effects of high calorie diets will continue to grow in future decades, as generations that once ate vegetables and rice (and meat just a few times a month) are embracing calorific hamburgers and fries 'on the go'. It's a depressing picture, especially where children are concerned, whose life patterns are still being formed. These children are victims not only physically, but psychologically: our media savvy culture embraces the 'size zero' fashion model at the same time that marketeers find ever more sophisticated ways to advertise junk food.

WHAT CAN BE DONE?

Tam Fry points out that although nearly 1 in 5 children aged 10 and 11 is obese, only 1 out of 5 local authorities are allocating funding to tackle childhood obesity through schemes involving education and leisure. Despite swingeing cuts to their budgets, now that local authorities are responsible for public health (rather than the NHS), isn't it time they addressed this ticking time bomb?

It is notoriously hard to get overweight or obese children interested in exercising, especially when they become more self-conscious in the teenage years. (As an aside, surely the focus should be on 'healthy' rather than 'skinny' - a word that has crept into our lexicon to describe everything from jeans to coffee.) A brainstorm on these subjects in our office brought back memories of not wishing to exercise as teens, even in girls-only schools, thanks to a combination of self-consciousness, not helped by skimpy games kits, mouldy showers and a lack of encouragement. We all agreed that girls under pressure to look 'done' need help more than ever in this area. The question also arose as to how old a child has to be to join a gym. Not one of us had seen a teenage girl or boy in the ones we regularly frequent. And whilst we were at it, we asked, why fresh fruit should cost as much as 70 pence per piece! Healthy choices should cost less, not more, to our pockets.

All of the above points to the need for carefully planned, long-term health communications, involving health awareness campaigns and to health education, all of which must be meaningful to both parents, children and teenagers.

As a child growing up in central London nowhere near a park, and without a garden, I relied on my 1970s design classic Space Hopper for letting off steam - to the extent I wore out the carpet in our living room! But although exercise is important, it's the 'snacking' culture that I've heard many grandparents say has changed most in the last 40 years, in terms of eating behaviour.

This year, as usual, my children's Easter egg gifts will be lined up for show, before being mysteriously 'disappeared', only to come out gradually over the next 6 months. Till Christmas throws up similar scale temptation. Happy Easter, all. It's Spring time. Time to make a fresh start, and encourage healthier living in the next generation. It won't be easy, but it'll be worth it.